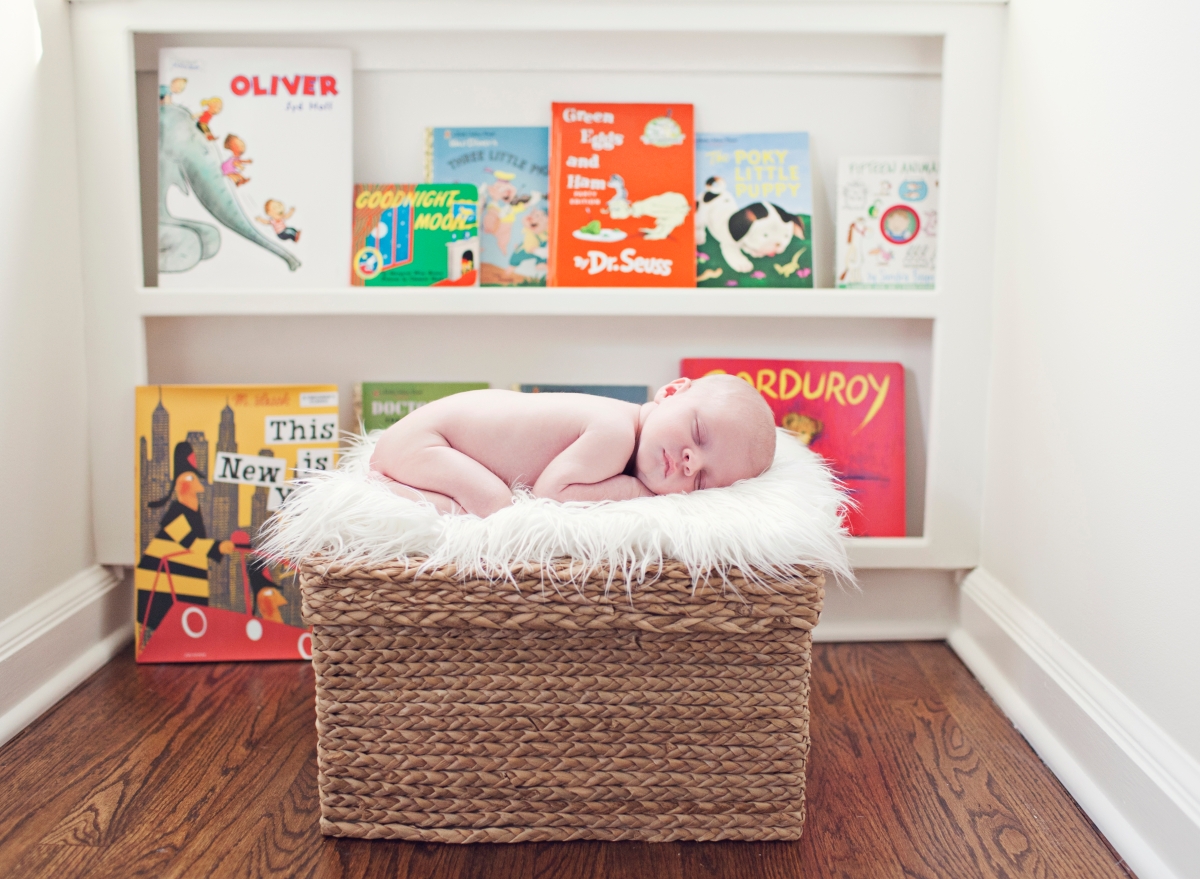 One of the best parts about being a parent and a full-blown adult is getting to be Santa Claus during Christmas. I get into the role – while my wife and I do the big Santa presents together, I am in charge of all of the stockings, including mine. This is serious business, and I take it seriously. While there are some throwaways in the group, I try hard to make the stocking gifts thoughtful and meaningful for all of us. We have some traditions – everybody gets an ornament every year, etc. But my favorite tradition is that each of us receives books from Santa every year. 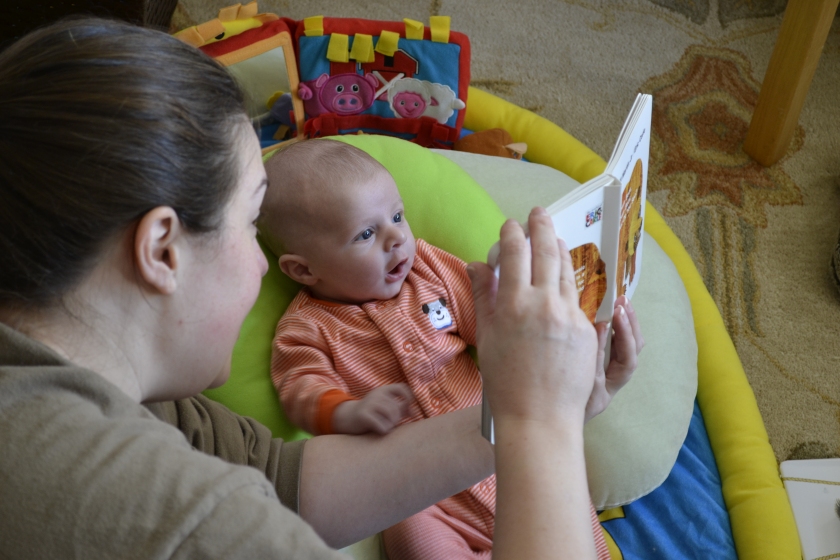 I have always been a reader. When I was in the fifth grade at Beebe Elementary School in Beebe, Arkansas, we had an activity period each day that rotated through several different disciplines – one day was P.E., one day was art, one day was music … and one day was library day. We were allowed to check out two books each week, as long as we returned those books the following week. Quickly it became obvious that the two book limit was not working for me. It was not uncommon for me to have read my two books all the way through within two or three days of library day. I had a bean bag chair in my room at home, and I would spend the evenings curled up under a lamp, lost in worlds that I would otherwise have never known existed. I read detective stories – The Three Investigators, Encyclopedia Brown, and The Hardy Boys were particular favorites. I read Mark Twain, and Shel Silverstein. It was around this time that I read The Hitchhiker’s Guide to the Galaxy for the first time.  I read the elementary / middle school classics – Tales of a Fourth-Grade Nothing, How to Eat Fried Worms, Bridge to Terabithia, and Where the Red Fern Grows.  I dreamed of saving nickels and pennies and dimes until I could acquire my own set of hounds and run them around the countryside.  I devoured all of this, and then I anxiously awaited my next trip to the library so that I could start all over again. 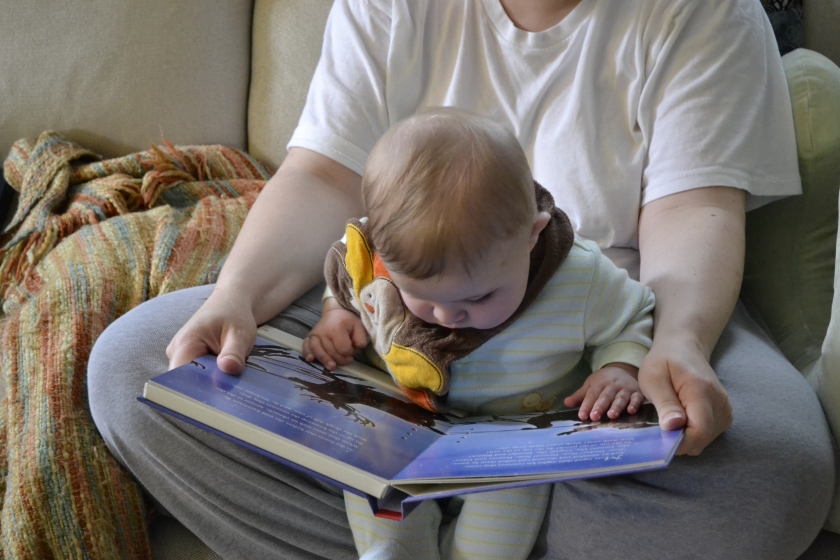 To their everlasting credit, my parents, my teacher, and the librarian recognized what was going on and made an exception for me in the rules. The two-book limit was lifted, and I was allowed to check out as many books as I wanted, as long as they were all returned the following week. I spent that school year buried in stories and characters and worlds that, in real ways, set the course of my life. It would be years later that I discovered travel as a way to broaden my horizons, but for those first decades of my life, I learned about the world through books. Whatever success I have had in life, I attribute much of it to being well-read, and to having parents and teachers and mentors that valued that for me. 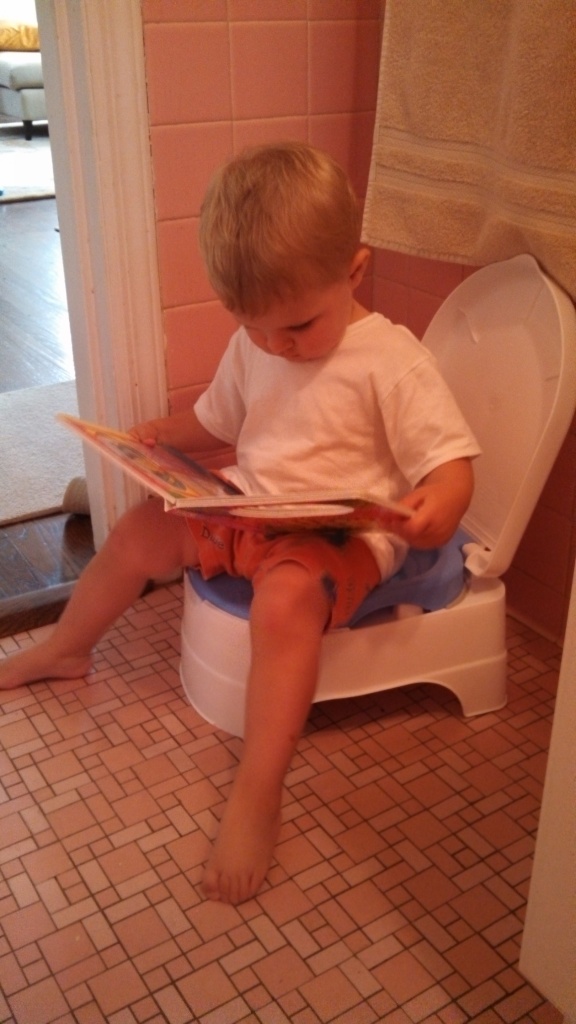 So I take it very seriously when I get to help my children down this path. Each of my kids has been read stories nearly every day of his life. They both owned stacks of books before they were ever born, and they both have always lived and slept in a room with a bookcase – one of the first furniture projects I ever undertook was a bookcase for my oldest son’s room, and it was there when he came into that room for the first time. (It is currently in my kitchen, filled with cookbooks.)  My kids have never known a world without books and stories, and when I catch one of them sitting, alone, “reading” … my heart swells. I hope they love it as much as I do.

This year, each of the boys received (from Santa) one of Shel Silverstein’s poetry collections, which I believe are requirements for their libraries. My youngest got A Light in the Attic, and my oldest got Where the Sidewalk Ends. The youngest is still only two, so the trick there is to really make sure he is interested. My oldest, though, is six and has graduated to chapter books, and is even beginning to read himself. I found a beautiful, cloth-bound copy of The Hobbit for him, and my reaction to that gift was puzzling. I found myself emotional, and even a bit jealous, about giving it to him. Those things didn’t make a ton of sense to me at first, but, upon reflection, I think I understand now. 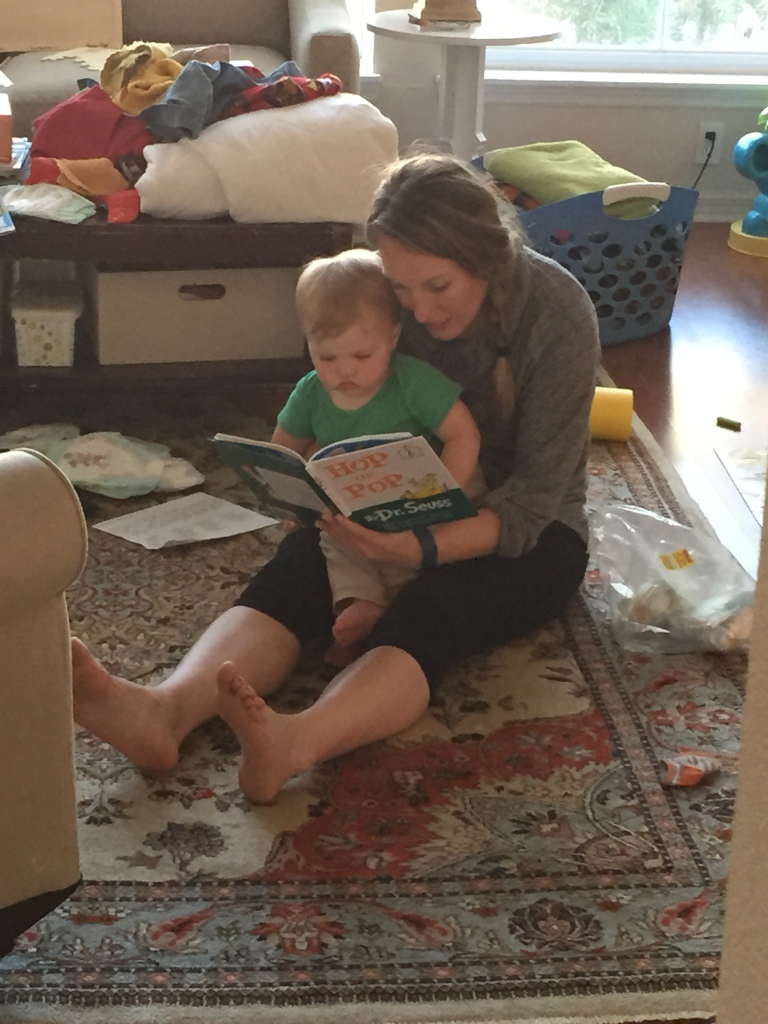 I never again get to read for the first time the words, “In a hole in the ground there lived a hobbit.”  I never again get to experience Hobbiton, or the Shire, or the Misty Mountains as new places that I have never visited.  I will always know what happens at the end of Mr. Bilbo Baggins of Bag End’s eleventy-first birthday party.  I think about the characters and the stories and the worlds of imagination that these books open up, and I am jealous for the opportunity to read them for the first time. 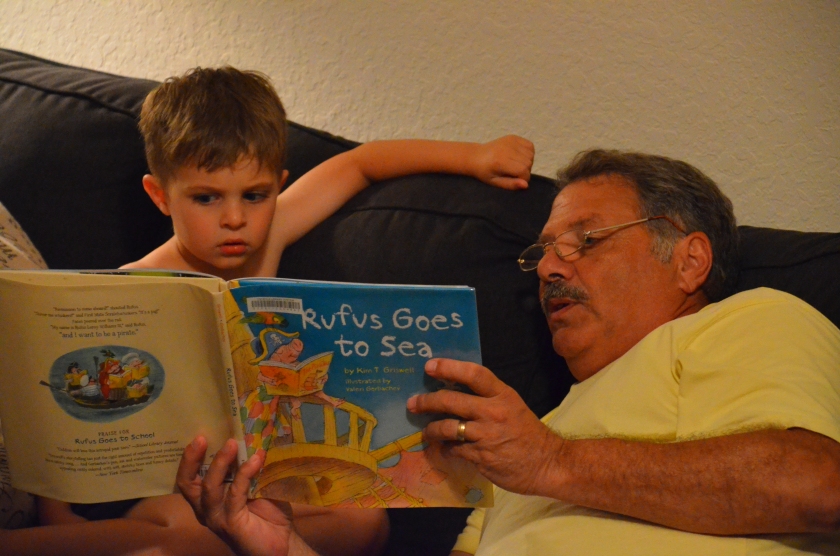 And it isn’t just The Hobbit or the The Lord of the Rings.  I can get lost in imagination with just a first sentence:

The man in black fled across the desert, and the gunslinger followed.

Dawn came to the Congo rainforest.

Far out in the uncharted backwaters of the unfashionable end of the Western Spiral arm of the Galaxy lies a small unregarded yellow sun.

You don’t know about me without you have read a book by the name of The Adventures of Tom Sawyer; but that ain’t no matter.

Captain First Rank Marko Ramius of the Soviet Navy was dressed for the Arctic conditions normal to the Northern Fleet submarine base at Polyarnyy.

On the first Monday of the month of April, 1625, the market town of Meung, in which the author of the Romance of the Rose was born, appeared to be in as perfect a state of revolution as if the Huguenots had just made a second La Rochelle of it.

And with those words, I am projected into a quest for a tower; into a hidden ancient city in the Congo; into a universe where being prepared means having your towel and not panicking; on an adventure down the Mississippi River; under the crushing ocean in a claustrophobic submarine; and into a France of swashbuckling swordsmen and, of course, Musketeers.  These are all journeys I have made, and while I will make them again – sometimes many times – in my life, I don’t ever again get to make them for the first time.  But my kids do, and I am so excited for them that I could sometimes burst. 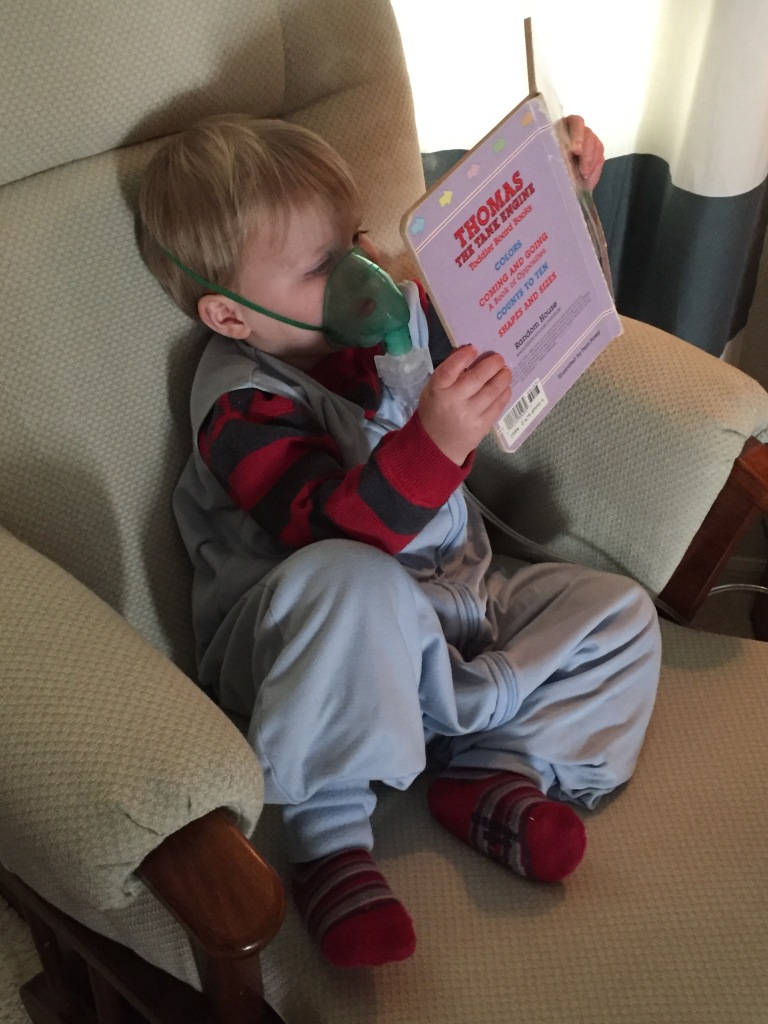 There is a silver lining, though.  I get to go with them.  I get to see their faces – the excitement, the confusion, the understanding.  I get to see them ask for the next chapter, and eventually I get to see them staying up late with flashlights because they can’t put a book down.  Soon, I get to properly introduce my oldest son to Middle Earth.  And then, two or three or four years from now – I get to make the trip again, with my youngest son. These tickets are purchased, and I’m anxiously awaiting the trips. 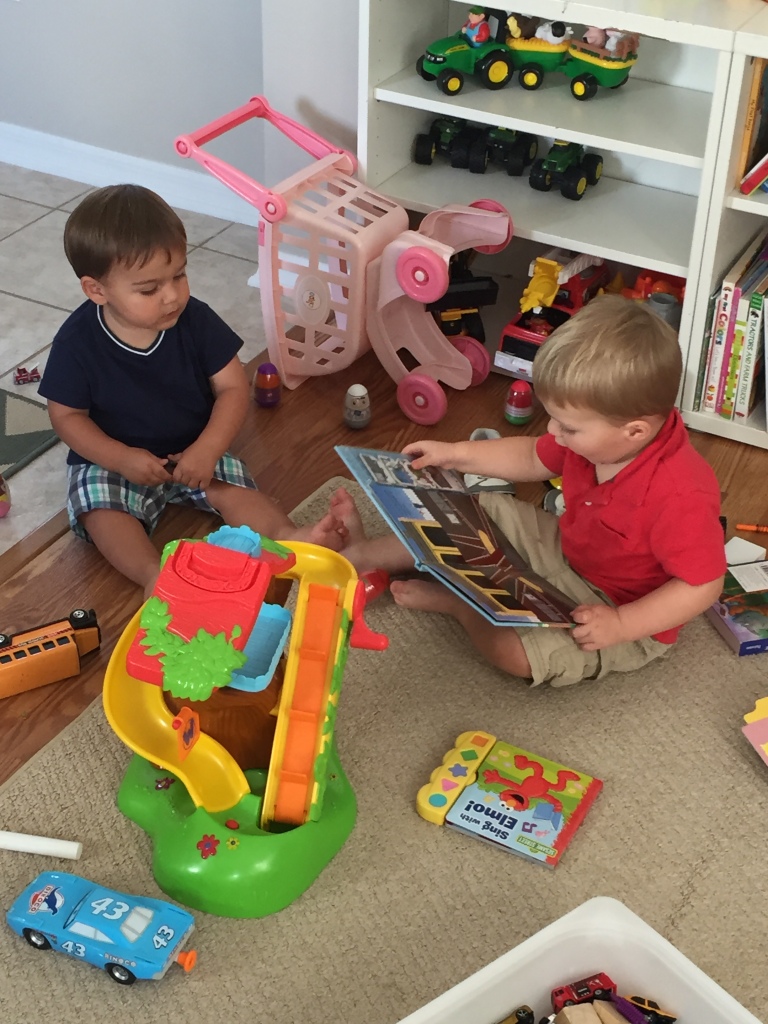 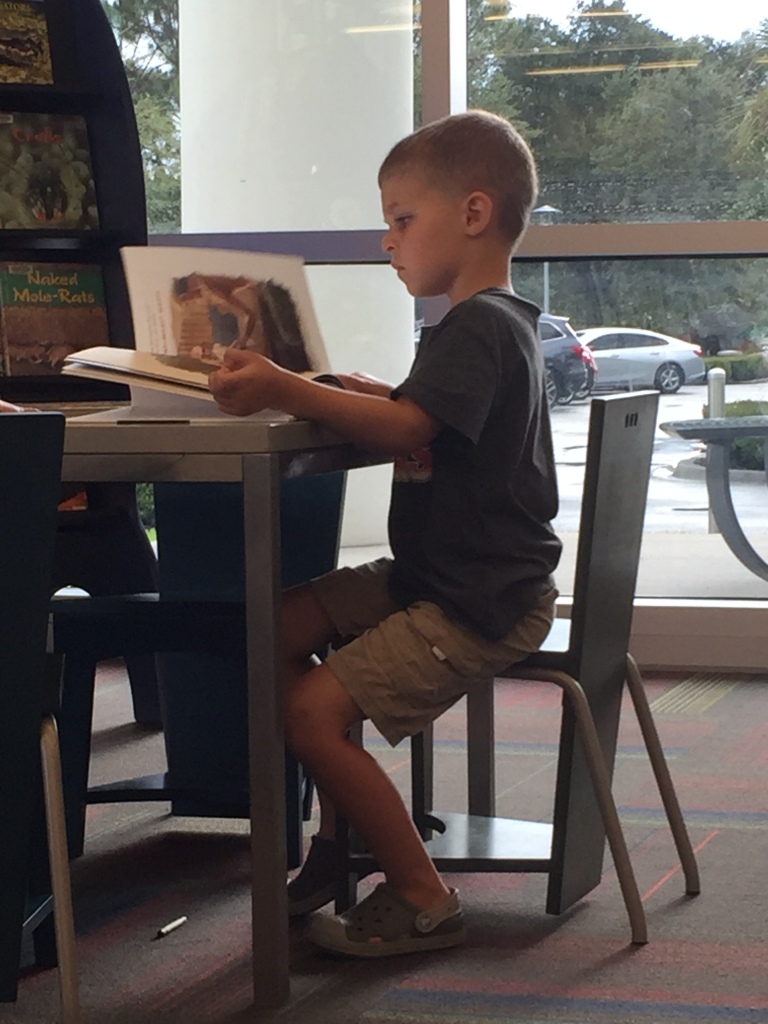 Yes we’ll walk with a walk that is measured and slow,

And we’ll go where the chalk white arrows go,

The place where the sidewalk ends.

I live my life in a constant state of hunger... View all posts by woodymw

The AT in Shenandoah National Park. White blaze fever, indeed.
The Desert Botanical Garden in Phoenix is worth your time - turns out “cactus” means a rather lot of things…
“There is Jackson standing like a stone wall!”
Action shot
Veins on a standing dead lodgepole pine in Great Basin National Park. I think about the forces and the pressures that tree went through to make it twist like this - getting stronger to resist the wind and the freeze and maybe even the fire. To contemplate the March of days and seasons at elevation in that desert is to glimpse what life COULD be, and to appreciate that the winds and freezes and fires are only metaphors. Life is good.
Is it just me or does this look like the big turtle is telling the little turtle to be careful?
Why do all of the alligators always look like they are smiling? It really gives off that devious vibe, that “why don’t you come a little closer … so I can maybe take a bite?”
And now for something COMPLETELY different…
To stand on the Appalachian Trail is to contemplate distance … from this spot in Virginia I can walk one way and wind up in Maine or turn the other way to go to Georgia, and that’s frankly almost overwhelming to the imagination. Hope all the through-hikers managed ok as Hurricane Ida rolled up the corridor.
Acting just like he owns the place
Search and find for you - there is a rock wren in this photo if you look hard enough
Waterfall on Baker Creek at @greatbasinnp . I came in from Salt Lake City, and it feels like driving through a desert to the ends of the earth. And then you get there and find this amazing lush ecosystem. 10/10 - highly recommended - Great Basin is a treasure even before you count the caves and the bristlecone pines and Wheeler Peak.
History time!
Roadside on Skyline Drive, Shenandoah National Park. Shenandoah has so much more than just Skyline, of course, but the drive itself has always been an integral part of what the park is all about. The views are non-stop, and I pretty quickly came to the realization that there was no way to stop and see them all. Which of course means that return trips are in order!
A double! Thanks to @captainjustinross for a great morning!

My Tweets
Follow A Constant State of Hunger on WordPress.com

The AT in Shenandoah National Park. White blaze fever, indeed.
The Desert Botanical Garden in Phoenix is worth your time - turns out “cactus” means a rather lot of things…
“There is Jackson standing like a stone wall!”

The AT in Shenandoah National Park. White blaze fever, indeed.
The Desert Botanical Garden in Phoenix is worth your time - turns out “cactus” means a rather lot of things…
“There is Jackson standing like a stone wall!”