Last week, after a work trip up to North Carolina, I wound up attending an afternoon class at Celebration Crossfit, which is rare.  Normally it is either 6am or it doesn’t happen.  But, I was there, and the CCF social media guy – and fantastic photographer – Guillermo was also there, but waiting for the class after mine to start.  Guillermo takes great photos everyday at CCF, but they tend to be of the same-ish group of folks because of his timing for being in the box.  Since I was different, I was a target for him – we were doing push presses, which I suck at, and he got this shot, which was posted to the CCF social media sites with some very kind words:

It is always fun to have my picture featured on the sites – I still find it to be a bit surreal – but then this one had a little follow-up.  My wife showed it to my kids, and the 5-year old apparently studied it for a minute, got all wide-eyed, and gave a big thumbs-up.  And then moved on.  Like a 5-year old.  When she told me this, I initially smiled and also moved on … but over the last few days, this little moment – one I didn’t even see – has stuck with me.  Maybe it is that we’re having a challenging few weeks at home – summertime means the boys are out of their routine, which means they can be little disasters – or maybe it is because Father’s Day just passed, or maybe it is because a couple of close friends and colleagues recently lost their dads … whatever is driving it, fatherhood is on my mind.

A few weeks ago, each of the boys battled a round of illness.  They hand it off to each other, and we’ve learned one booger-y nose usually means 2 – 3 weeks of somebody not feeling right at our house.  When they’re bad enough, they get housebound, and then one of my jobs is to get the other one out of the house and get some fresh air and activity.  My go-to is Epcot, because Epcot is awesome.  And so, within a couple of weeks of each other, each of my boys had a Daddy day at Epcot while the other one stayed home and rested. 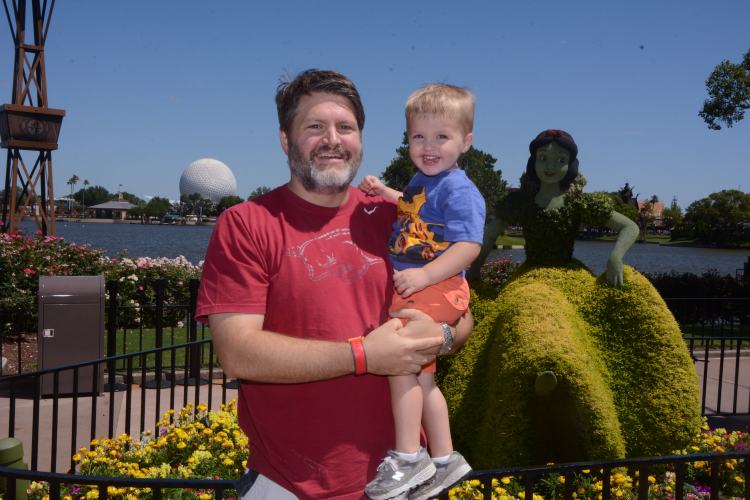 One of the challenges that I put on myself, as a father, is to teach my boys how to notice things around them.  I want them to be curious, and to ask questions and seek answers, and to critically evaluate those answers.  About everything.  And I want to expose them to the widest possible array of things to be curious about and ask questions about.  We spend a lot of time talking about the natural world – plants, animals, stars, the moon, the ocean, all of it – but also about engineering and art and movies and building and cooking and exercise and music and books and math and anything they are, or for that matter I am, interested in.  And frankly, that’s exhausting sometimes.

Because if I am serious about this task, then not being exhausted means I’m doing it wrong.  I have seen the difference in people who have their curiosity encouraged and those who have had it stifled.  I have seen kids who ask questions because they get engagement and also kids who don’t ask questions anymore because those questions are discouraged.  I have seen kids who are allowed to help and are thereby taught the skills and confidence they need to be independent, and I have seen kids who want only to be a part of what their dad is doing but are instead parked in front of the TV so they are out of the way.  It is easier to not answer the questions, or to tell them they can’t help.  But I won’t have it – if I’m not going to do those things, why did I have kids in the first place? 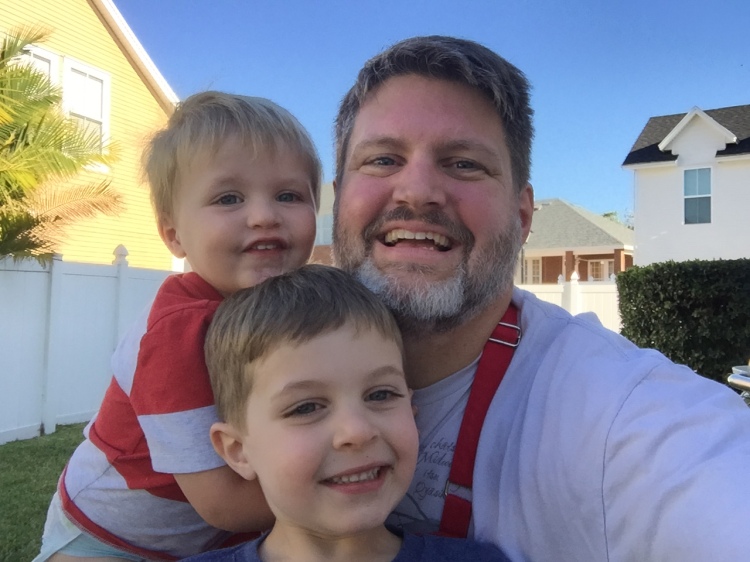 There is a flip side to the exhaustion, though.  Some of it you’ve heard before – about how you get to watch these two little boys grow, and learn, and succeed, and fail, and figure it out, and about how your heart bursts with pride and joy and sadness and anger for them and on their behalf.  This weekend, my oldest was trying to set up a domino field in the shape of a square – tip one over, they all fall down – and he was struggling.  At one point he tried to quit, but I wouldn’t let him – just because it is hard doesn’t mean you should stop.  And when he finally did it, when he made it work, you cannot imagine the look on his face.  He learned a lesson that day I hope he remembers for the whole rest of his life, and his happiness and pride might has well have been mine.

But there is another, more subtle thing that happens when you try to parent this way. In order to be able to engage and respond to them, you have to pay attention to them.  You have to see what interests them, and understand when something happens that surprises them or they don’t understand.  You sometimes have to anticipate what will be fascinating and actually prepare to handle the discussion.  And then – and this is the absolute best – you get to experience these things again through their eyes, as though you are experiencing them yourself for the first time.

When your 2-year old gets fascinated by a puddle of water, or an ant, or the way a ball rolls down a hill – it reminds you about what it means to be fascinated by the things around you.  Our immediate world, however regular, is a miracle, and we should approach it as such.  When your 5-year old begs you to stop and watch the Japanese drumming at Epcot, or goes crazy at the idea of a strudel, or sees a film and asks if we can visit China one day – it reminds you to dream big, and to stop putting limits on yourself or your family, and to be open to the whole world.

These boys, they are making my life richer than they will ever know.  And they are pushing me to be a better father, a better husband, and a better person – because I want them to feel about their father like I felt about mine.  I want them, when they are nearly 40 and have kids and families and dreams and struggles all their own, to believe that my example can, in some way, help them navigate the crazy waters ahead.  And, if I’m very, very lucky, I want them to give me a call so I can tell them I still love them.

And I hope that someday they know what it means to love somebody like this.

Double-crested cormorant showing off near Lakeside Park. Beautiful day out there, folks - go get some outside time!
Cool email this morning - I entered this photo I made of the Corpus Christi Catholic Church into a competition focused on color ... and won an Honorable Mention in the amateur architecture category! This is different than what I normally like to shoot, but I love the color contrast here. The Instagram restrictions don’t let me show the ratio I want to - the original features more green at the bottom, and I have put it up in my stories - but I’m excited to be included! Thanks, @chromaticawards !
Does it look to you like this black skimmer is giving me the side-eye? Because it sure looks that way to me. Of course, if somebody was stomping around trying to take my picture while I was ankle-deep in mud, I might give them some side-eye, too ... near the Flamingo Campground in Everglades National Park