Quick update to the race report I did for The Florida Run 10K that I ran back in November.  They posted pictures!  I’m a sucker for pictures.  Not really any super good ones of me, I don’t think, but I wound up with three.  I’m going to go back in and put them into the race report itself, but wanted to put them here since they’re new. 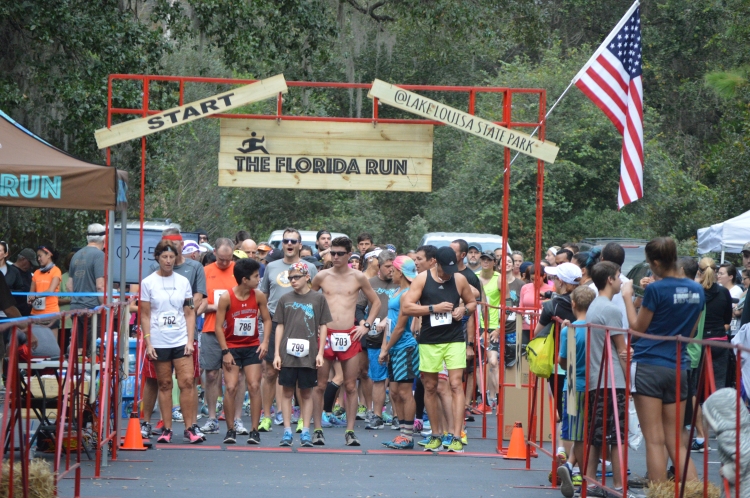 At the starting line.  You can see this was a small race, though they were very well organized.  This picture is a little Where’s Waldo, but with me.  I’m in here, though… 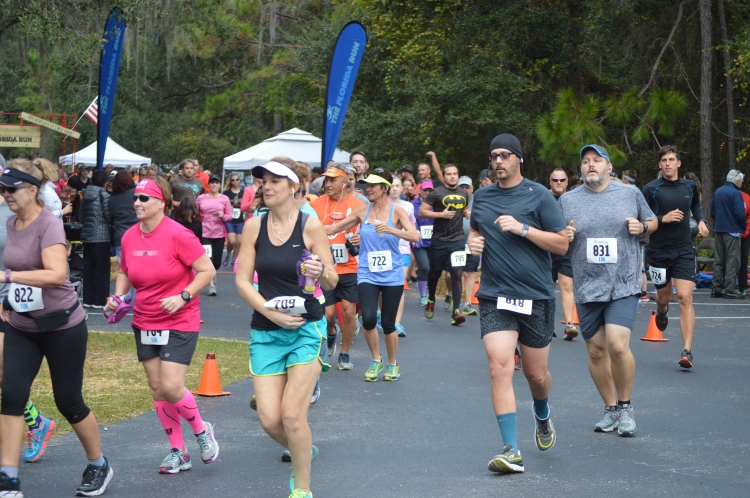 Right after the start.  I really struggle with relaxing my arms – they always wind up high and tight like that unless I’m focusing on it.  I don’t know why, and I feel like I’ve done a much better job of working on it when I’m training.  But, especially when I am having to focus on other things (like a race start), they go back up there.  I’ll keep working on it, but I’m also open for ideas.

Incidentally – that guy in front of me was one that I marked early as “want to finish before him”.  Not sure why him, but there you go.  I stuck with him for the first mile or so, and then he left me behind. I figured that was that, until about mile 4, when I passed him as he was walking up a hill.  I never had to drop into a walk, and I never saw him again.  It was roughly there that I realized I had a very good race going. 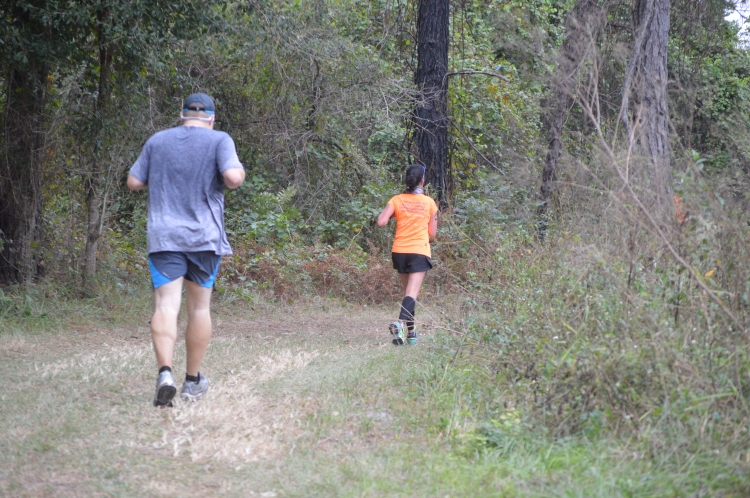 Not too often you get pictures from the back like this.  Look at those calves!

I linked to the full race report in the first line of this post, if you’re interested.

One thought on “Pictures!”