In case you missed it, you should take the next 17 minutes or so and watch John Oliver talk about food waste.

Two quick takes on this:

I’ve spent a good portion of my life in the food industry – in a grocery store through high school, in restaurants through college, and manufacturing as part of my career.  And I personally have thrown away a shocking amount of food.  I worked produce in the grocery store, and we really did cull anything that wasn’t pristine in appearance.  Edible, but not pretty.  In the restaurant we did a better job of managing the raw food, but the amount of food people don’t eat is … material.  And in the manufacturing world we work hard to eliminate waste, but it just isn’t possible.  We give spoilage allowances to our customers (the retailers), and lets just say that millions and millions of dollars worth of food is lost in the supply chain every single year.

A shocking amount of food. 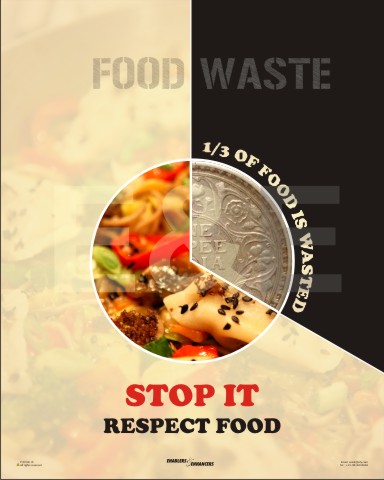 The other thing to talk about is how this relates to my personal food consumption … and particularly how I handle meat and seafood.  I am not a vegetarian, and likely won’t ever be, for a variety of reasons.  I do, however, have an awful lot of respect for what meat represents – something died in order for me to have that food.  A quick side story:

My grandfather was an avid outdoorsman – he hunted and he fished, and he, more than anybody else, introduced me to the world we live in.  We fished out of the same boat for hours and hours and hours, and the relationship I had with him is very special to me.  After we’d spend a day fishing, the next step was to take the fish back to the cleaning station and filet them.  Catfish, when you take them out of the water, do more than just flop around – they make a grunting sound that is very much like a rooting pig.  Like they want this to not be happening.  And my grandfather, the farmer and hunter and tough man that I knew, would talk to them.  He’d tell them he was sorry, and that he would do his best to get it over with quickly – he didn’t know any other way, and so if they’d just help he would do his best.

That really struck a nerve with me, and has helped inform my approach to animals … and food … ever since.

How does this relate to the topic?  I’ve become more and more squeamish over time about the idea of throwing anything away that had caused an animal to die.  This relates to meat, of course – there is very little that bothers me more than letting a piece of meat go rancid, and I’ll do most anything to keep from throwing away leftover meat – but it goes beyond just the meat.  I’ve begun to believe that I need to minimize all of the other waste, as well. Chicken carcasses need to be boiled to make stock.  The giblets should be saved for the same reason (or to make pate out of the liver).  If I get a pork shoulder with the skin on it, I make pork rinds out of the skin.  I save almost any bone from anything, mostly for stock. Shells from shrimp, crab, and lobster also needs to be saved and made into stock.

Something died so I could eat it.  The least I can do is actually eat it.

We all have to get our own consumption and waste under control, that’s true.  But this is an awfully large issue for, frankly, the whole world.  We need to figure it out.